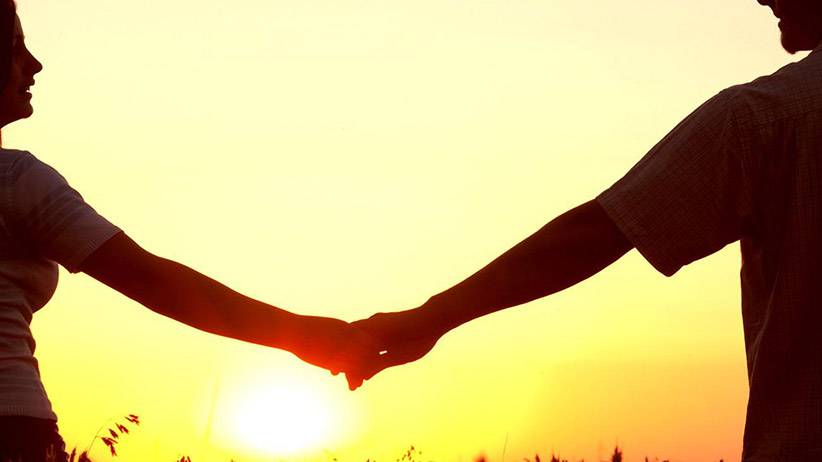 Not all marriages last forever, even though the people involved might put all their effort into it. Sometimes, marriages fall apart because two people, who shouldn’t really be together, were thrown, or threw themselves, into an impractical arrangement.

A number of people choose their life partners on all the wrong criteria. Some live with their choice, unhappily, for the rest of their lives, and some choose to right the wrongs and leave an obviously irreparable and pointless marriage. Even though ‘forever’ is slowly becoming redundant in romantic relationships, it would be great if people knew the mistakes they’re making in choosing their partners, if nothing else but to live content lives.

Here are 9 common mistakes which people make when choosing the person they want to be with.

Marrying only for love

Even though ‘love’ is the common refrain in the universal concept of marriage, it’s not enough. A person’s love towards another human being is fragile, more so if they’re not genetically connected to each other. So to believe that love is the only thing you need to make your marriage last is juvenile at best. Love won’t save your marriage when fundamental differences like kids, religion, careers, or even something small like daily chores, come in the way. How many times have you seen love take out stinky trash or raise kids? It’s important to have love but don’t expect it to do any heavy lifting.

It’s great that you don’t want to marry for money. That shouldn’t be anyone’s sole reason anyway, especially if it’s under deception. But completely ignoring your partner’s financial situation will only be bad news for you. If you earn significantly more than them, are you sure you want the additional burden on your income? Finances get merged in a marriage whether you like it or not. So if your partner runs out of money, you will step up and pay for stuff, and you can’t ask for that money back like you would ask a friend or anyone other than your spouse. Consequently, if your partner makes a lot more than you, both of you must be clear from the beginning that loose talk of anyone being a ‘gold-digger’ won’t affect your relationship. Friends can be assholes like that. They will talk.

From early in life, we are told that some professions are better than others. Why be a journalist when you can be a doctor? Similarly, society has also told us that marrying a “stable” profession, someone who’s “well-settled,” is more important than anything else. Well, it’s not. Doctors can be assholes, as can lawyers, teachers, journalists, accountants, anyone at all. All those people looking for girls or boys of certain professions in matrimonial ads don’t care about whether your marriage is happy or not. All they want is society’s stamp of approval. If marriages worked on the basis of profession, no one in Hollywood would ever get divorced.

Looking for accomplishments rather than compatibility

A person’s accomplishments in life don’t make them good partners. If they’re promoted every six months at work, they probably work insane hours and if you want someone who’s around to have fun, that’s not going to work for you. Even if your potential partner is a National Award winner, that doesn’t mean that they’re going to rock your world at home. Salman Rushdie hasn’t had very happy marriages. And he won the Booker Prize.

Imagine how boring life would get if you and your partner liked the same things and same kind of food? Who’s going to bring the excitement of something new in this relationship? Imagine marrying yourself. Can you tolerate yourself and all your quirks? Can you tolerate another person who’s just as messy as you, or just as much of a clean freak?

Even though you shouldn’t look for someone who’s a replica of you, you shouldn’t ignore the differences either, no matter how small. Think about them. Hard. Even something seemingly small like what you like doing on the weekends, can wreck a marriage. If you like going out, you’ll end up hating having to live with a person who wants to stay in all the time.

It may not hold true for everyone, but let’s be honest, how much can you trust someone who’s cheated on you once? It’s a huge red flag, as the millions of people who’ve been cheated on more than once will tell you. That’s just one example, but if anything makes you even slightly uncomfortable about your partner, it should be addressed before it takes over your entire life.

Putting too much thought into what they look like

So many people get married to someone because they’re “nice.” And most of the time, their definition of “nice” is what should be the bare minimum standard of a decent human being. And marrying someone for just being a nice person really isn’t worth it. Eventually, the “niceness” will take a backseat when you realise that there was nothing else about them.

Choose well, people. This is a decision for life. Almost.

Why This type Of Men Go to Church To On Christian

15 Richest Pastors In The US, No1 Shock

The Kiss Of Willy Paul To Alaine During Their Alleged “Wedding”