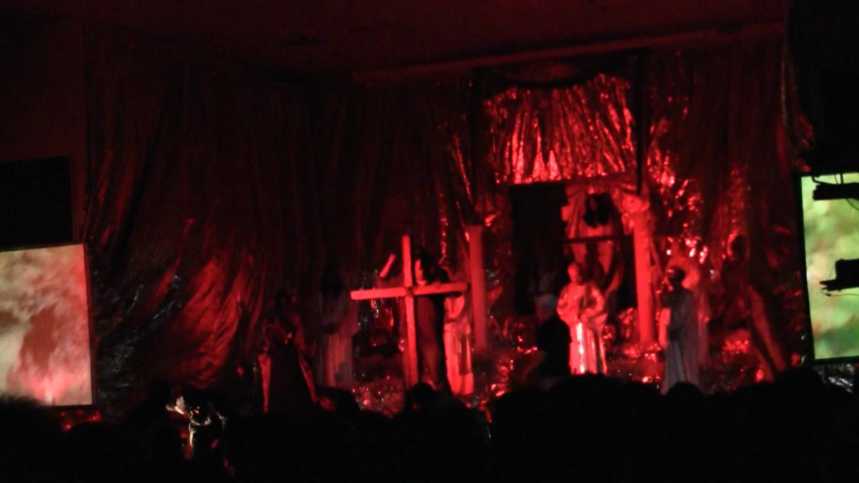 Twelve people, among them bishops and pastors have been summoned to report at Makongeni Police Station Thika on Monday (20.02.2017) in a bid to unravel the mystery behind the allegations of devil worshiping in the African Inland Church (AIC) Makongeni that has seen church service get disrupted for the third week in a row.

The two were divided into two groups, depending on the side of the divide they stood for. 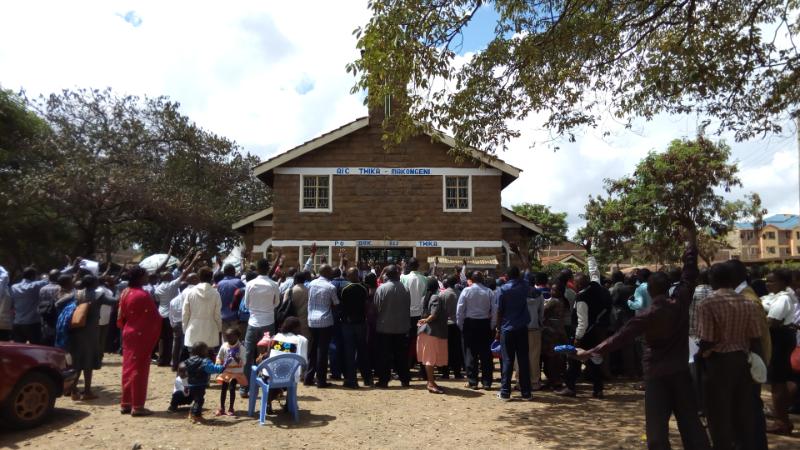 The first group of seven that included Nelson Mumina, Jones Mutiso, Rev. Urbanas Syuma, Pastor Joshua Nthawa, Pastor Zachariah Mwema, Mumo Syuma and a mister Kathonde were asked to report at the station at 9am Monday Morning. Bishop Mule from the AIC HQs was also asked to accompany this group.

The second group, believed to be that of the church faithful demanding for the unveiling of the issue of devil worshiping, was summoned to report at the station at exactly 10 am.

This group included; Abednego Maweu, Dickson Mulwa, Phillip Musau, Josephat Kyalo and a certain Ndolo. The five are alleged to be the leaders of a group the church referred to the “Kamaliza Initiative” whose sole agenda, according to their accusers in the church was to ruin the peace and harmony witnessed in the church.

The lists were read to the faithful after the standoff between the warring groups saw them miss out on another regular Sunday service.

Two different letters alleged to have been written by the faithful were also read aloud and two bishops who had been sent from the AIC HQs to arbitrate on the matter instructed the faithful to sign against the letter they deemed their own.

In the first letter, the ‘church’ had accused the leadership led by Pastor Nthawa and Rev. Syuma of a number misdeeds in the church that had led to the current stalemate. Among these accusations included misappropriation of church and school funds, managing the affairs of the two institutions like personal property, mistreating the pastors and teachers and administering or covering up the issue of devil worshiping within the church.

In the letter, Pastor Nthawa, who is the pastor in-charge, was personally accused of orchestrating the sacking of Rev. Mutisya and of the unprocedural transfer of Pastor Zachariah who the faithful claim was against devil worshiping in the church. Pastor Nthawa was also accused of covering up the issue of devil worshiping even though the matter had been on his desk since August last year.

The letter alleged that Pastor Nthawa had been very arrogant, handling the faithful with contempt and also treating faithful with arrests if at all they negated his stand in relation to the current standoff.

The other letter accused the second group (Kamaliza Initiative) of spreading unsubstantiated claims of devil worshiping within the Makongeni Church. Pastors Zachariah and Josephine were alleged to be members of this group and funded by Dickson Mulwa of B.A.T. whose sole aim was to oust Pastor Nzau.

The letter wanted the Kamaliza group to start their own church with Pastor Zachariah as they did not have the interest of the AIC Church at heart.

Reacting to the standoff, Bishop Mule appealed for calm and patience as they sought for a permanent solution to the whole stalemate.

“This matter may take a month to solve and I am appealing to all of you to stay calm and let the church council dig out the root cause of the whole matter. We promise you that we will ensure fairness and we are sure that we will get over this,” said Bishop Mule.

The bishop further announced the suspension of all the pastors and church leaders pending the investigations.

“In the meantime, the area church council (diocese) will take over this church. We will send some pastors to be administering to you on an interim basis until we resolve this matter,” said the bishop.

In attendance was Bishop Rev. Joshua Nzau Kimeu of Kibra Nairobi who warned the faithful against being party to fighting anointed church leaders for such acts could attract the wrath of God.

Richest Pastors In Kenya, Here Are Their Palatial Homes And Businesses