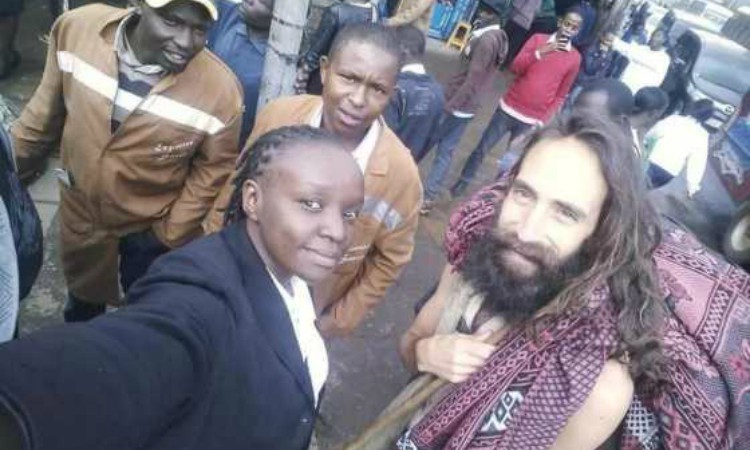 This week social media was awash with news that Jesus was spotted on the streets of Nairobi walking barefoot. Kenyans went ahead to take selfies with the heavily bearded man who resembled Jesus (at least according to the movies we’ve watched about the son of God) and the whole nation couldn’t stop talking about him.

Well, the man Kenyans  thought was Jesus Christ is known as Daniel Christos and has come out to clarify that he is not Jesus but just a traveler who has been in the country for 2 weeks now. Daniel has applauded Kenyans for being good to him but what has shocked him is a post by someone claiming that he should be crucified just like Jesus. 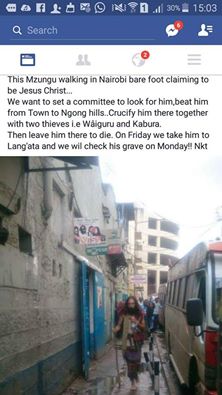 “I arrived in Kenya less than 2 weeks ago from Ethiopia and have been welcomed with so much enthusiasm like I’ve never experienced before in my life. In fact, it’s been so extreme that it’s been a little overwhelming. Every single corner I walk on in Nairobi I have noticed someone either taking a photo or video while hundreds of times a day I hear people calling out “Jesus!”.

Kenyan people in general, have been very friendly and loving. Until I find this photo of me circulating online. I feel a little concerned by this person’s comments. I don’t know who wrote it and I don’t know if it was just a joke or if they were serious, but it has made me a little uncomfortable to walk in the streets of Nairobi.

I shouldn’t have to respond to such close-minded nonsense but a quick message to whoever posted the photo and comment… I AM NOT JESUS! I HAVE NEVER PRETENDED TO BE. I am a traveler who has come to your country as a visitor, i would hope that one day if Jesus does return you treat him with a little more respect than you have treated me.