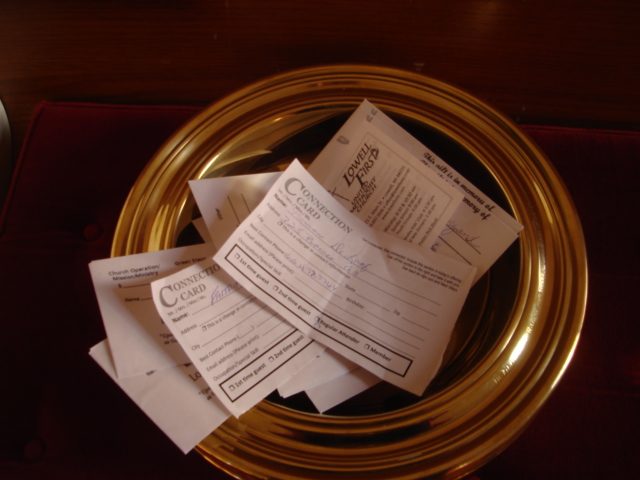 There’s an old joke about a plane that got into trouble. A passenger noticed he was sitting next to a priest, and in a panick he said: ‘Quick! Do something religious!’ So the priest took up an offering. 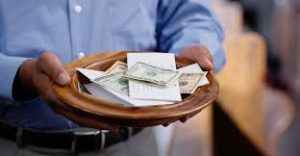 It’s a very traditional practice and for many it’s inseparable from worship. But many churches are ditching it. Some argue it’s not ‘seeker-friendly’ – if someone comes in to church for the first time, or is on the fringes of the church, they might resent being asked for money. Others point out that in many places we’re heading towards a ‘cashless society’; people don’t carry cash nearly as much as they used to, and many give to the church by standing order throught their banks. 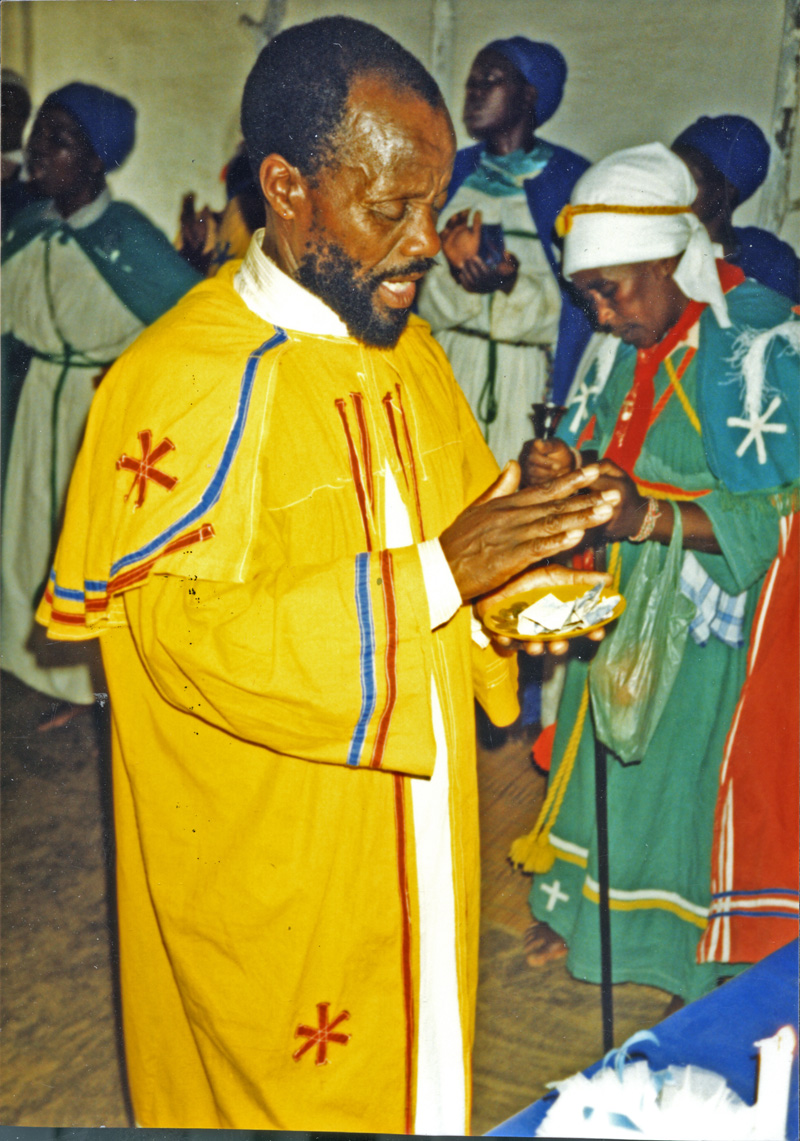 Furthermore, it can seem like an interruption to the rhythm of worship – we might be singing a glorious hymn to the praise of the eternal God, and the next minute we’re scrabbling for cash in purses or wallets. And that’s not even to mention the congregations where the offering time is used to guilt out the congregation into giving more – and sometimes more than they can afford.

There are good reasons for getting rid of the offering. But there are good reasons for keeping it, too. Not everyone is tech-savvy, happy giving online. It’s a weekly reminder that ministry costs money, even if that’s never explicitly spelt out. We shouldn’t be squeamish about acknowledging the importance of money – the earliest Christians weren’t. The Apostle Paul regularly mentioned it (2 Corinthians 8, 9, Galatians 2:10; Acts gives us a picture of the disciples sharing everything (Acts 4:32,34-35). 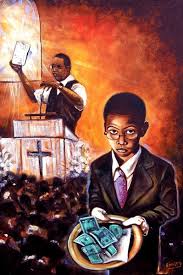 But the best reason for keeping the offering as part of church worship is this: it reminds us, week by week, that we are accountable to God for what we do with our money. Nearly half of Jesus’ parables are about money and possessions. According to one count, the Bible has around 500 verses on prayer, fewer than 500 on faith, but more than 2,000 on money and possessions. 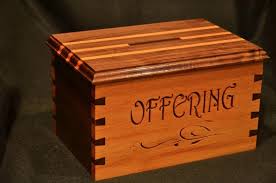 It’s the easiest thing in the world for us to put our lives outside the church and inside it into boxes, as though they don’t have anything to do with each other. The offering reminds us that they do – there’s no part of our life that doesn’t involve God.

Woman of God, Here’s How to Know God Has Called You to Lead