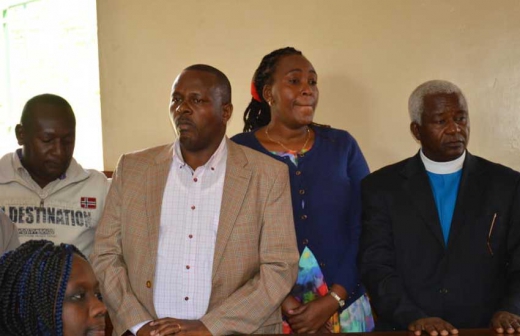 A former church moderator and four other people were yesterday charged with stealing Sh39.9 million

David Gathanju, who served as the moderator of Presbyterian Church of East Africa (PCEA) General Assembly between 2009 and 2015, was charged alongside Esther Wanjiru, Peter Mwangi, Stephen Muhoro and James Muiruri, who are all former employees of the church.

According to the charge sheet, on diverse dates between January 2, 2016, and June 30, 2017, at PCEA headquarters in Nairobi’s South C estate, the five conspired to steal from the church.

In a second count, they were accused of stealing Sh39.9 million, which came into their possession by virtue of their employment.

Four of them denied the charges before Principal Magistrate Stella Atambo but Mr Muiruri did not take a plea as his lawyer, Cyrus Gitari, said his client was sick and admitted in Thika Nursing Home.

Stuck in the Church