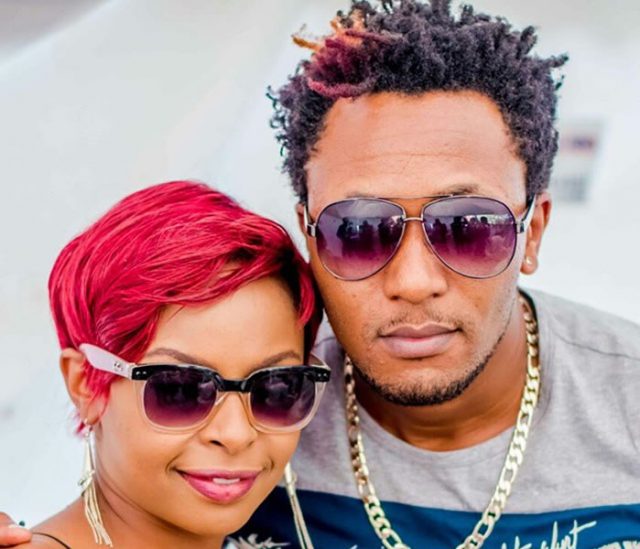 Gospel deejay Samuel Muraya, aka DJ Mo, and his singer wife Linet Masiro Munyali, aka Size 8, are the most talked about celebrity couple in Kenya, attracting adoration and envy from friends and critics; in this up, close and candid interview, they reveal what keeps them going strong amidst the many challenges.

There was a rumour originated by entertainment blogs about ten months ago, citing “sources” who claimed that Size 8 and DJ Mo’s marriage was on the rocks.

“How can one of the most inspiring and for that matter celebrated power couple be parting ways,” the streets murmured with no one seemingly having the guts to get the inside story. There were signs, no parting ways…no proverbial stone to be turned anywhere. When Pulse finally got hold of the two, they laughed off the ‘joke’ and confirmed that they were going strong. They still are.

Four years after their private wedding, the two lovebirds have positioned themselves as the Jay Z and Beyoncé of Kenyan showbiz, creating an entertainment business empire and turning everything around them into gold. Brands wants them to endorse their products, corporates want to work with them, they control gospel TV shows and their System Unit stable has enrolled hundreds, both students and support team. The Murayas are like a movement.

On this day, a soft-spoken DJ Mo sits, composed, as we crack through what makes the couple stay unperturbed and how they manage to sail through the harsh waves that seem to have, instead, helped them prove their character.

Gospel Musician Born And Immediately Dumped In Dustbin, Speaks For The Fisrst Time