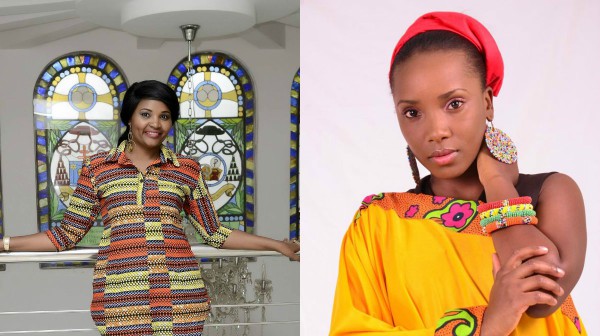 In the Kenyan entertainment industry, a lot of celebrities have walked down the aisle in the last two years, with others sadly breaking up and separating soon after for instance Betty Kyallo and Eunice Njeri.

Christian ladies or born again celebrities in the country are role models to a lot of young people and when it comes to settling down or getting married, they face more pressure since they are expected to set the example of having a family, in accordance to God’s plans.

FEMALE GOSPEL ARTISTES WHO ARE MARRIED
1 of 3

There are those who have been successful with relationships and marriage, while for others it didn’t go so well, and for some, they have never even introduced any men in their lives.

So, how about we look at some female artistes in Kenya who should walk down the aisle this year;

1. Lady Bee
The secular-turned-gospel singer is a down to earth lady who decided to give her life to Christ back in 2012 after battling with alcoholism and drug addiction. The stunning singer is a mother of a pretty daughter and is yet to settle down. We hope the right man comes her way soon because he will be a lucky one.

2. Alice Kamande
She is no doubt one of the mot beautiful singers in the country and her mellow voices just makes her glorious in every way. The talented singer has managed to keep her private life off the public radar over the years and has never introduced any man to her fans. I bet she is waiting for the right one to come sweep her off her feet soon, and we hope that will be this year.

3. Gloria Muliro
I had to put her on this list because she deserves a good man after her nasty breakup with ex-husband Pastor Eric Omba back in 2015. The celebrated singer revealed that Omba was cheating on her and mismanaging her music funds. Gloria Muliro deserves better and there are rumors that she’s dating and happy. Her ex has moved on with a younger girl and they already have a child.

4. Ruth Matete
She is remembered as Tusker Project Fame season five winner and soon after, she revealed that she was not singing secular music anymore, joining the gospel industry with a couple of songs under her name. There was a time she revealed her boyfriend, former Tahidi High actor, Prince-Tysder. But since breaking up, she has been off the limelight and it’s not known of she’s dating again.

5. Eunice Njeri
This gospel singer causes an online uproar after she revealed that she had annulled her marriage to rapper Izzo just a day after their lavish wedding. I know some people are mad and don’t think she deserves to ever walk the aisle, but honestly, I think she should actually settle down by the end of the year. If not got back to Izzo, at least get a man who is in Kenya, since this is where her heart is and the clock is ticking and she needs kids too.

Are You Questioning Your Salvation?