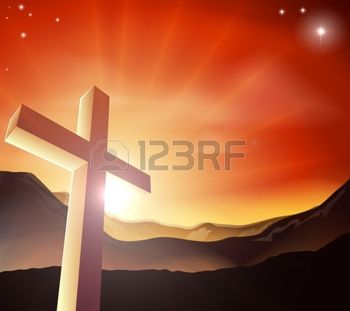 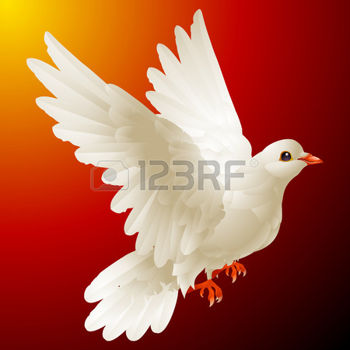 How then do we experience his presence? We certainly have seen this question greatly abused. As I noted, many equate his movements with emotional flurries, irrational impressions, or random confluences of events. As I study Scripture, I see six ways we experience his presence: in the gospel, through the Word of God, through the community of the church, in our various spiritual giftings, in our spirit by communion with him in prayer, and through his sovereign control over our circumstances.

One of the most surprising discoveries I had while writing Jesus, Continued . . . (Zondervan, 2014) was how often Paul equates fullness of the Spirit with going deeper in the gospel. For example, in Ephesians 3:14–18, the apostle prays that the Ephesians would have the strength to comprehend the love of Christ—its breadth and length and height and depth—so that they may be “filled with all the fullness of God.” According to Paul, those two things—knowing the love of Christ in the gospel and being filled with “all the fullness of God”—are synonymous.

Puritan Thomas Goodwin compared this experience to that of a toddler son when his father swoops him up into his arms, spins him around, and tells him, “You are my son and I love you!” In that moment, the boy has become no more his father’s son, legally speaking, than he was the moment before. But being caught up in his father’s arms he feels his sonship more intimately. When God’s Spirit fills us, he sheds abroad God’s love in our heart, making our spirit rise up to say, “Abba, Father” (Rom. 5:5, 8:15).

2. Through the Word of God

The Spirit’s primary vehicle for moving and speaking in our lives is the Scriptures. The Spirit works in us to shape us into being the kind of people God wants us to be, because then we will do the things God wants us to do. Almost every time we see the phrase “will of God” in the Bible it refers to shaping our moral character in response to the gospel. I’m not sure this is the kind of thing you can put a percentage on, but I’d say that about 99.4 percent of God’s direction for us can be found in the Bible. The Spirit conforms us to Christ’s character (Rom. 8:29; 12:1–2) and helps us walk the paths of wisdom (Prov. 2:20–22). As we do, we accomplish the will of God.

The most common way the Spirit speaks in the book of Acts (other than in and through Scripture) is through the church. For instance, Acts 13:2 records, “While [the church was] worshiping the Lord and fasting, the Holy Spirit said, ‘Set apart for me Barnabas and Saul for the work to which I have called them.’” God gave the church specific insight into what Saul and Barnabas were to do. Throughout his life Paul received instructions about where to go and what to do through members of the church, and he gave similar words of instruction to Timothy. I find nothing that indicates that God has stopped speaking this way—to his children through the church.

Paul tells us “each is given the manifestation of the Spirit for the common good” (1 Cor. 12:7). This becomes a primary vehicle for his guidance in our lives. There is a scene in C. S. Lewis’s The Lion, the Witch, and the Wardrobe in which Father Christmas gives each of the Pevensie children a mysterious gift. They don’t realize it at the time, but these gifts prove essential in their coming battle with the White Witch. Peter suddenly sees that his sword was given to lead an assault; Lucy recognizes that her gift—a healing ointment—was given to bind up the wounded in battle. Lewis’s imagery mirrors Paul’s claim in 1 Corinthians: we perceive what God wants by looking at the gifts he has placed within us.

Throughout Scripture we see that God guides his people in mission by putting special burdens into their spirits. When Nehemiah left for Jerusalem to rebuild its walls, he didn’t have a command from God. He simply said that God had “put it into his heart” to do it (Neh. 2:12). When Paul came to Athens, Luke records his spirit was “provoked” within him about the idolatry in Athens (Acts 17:16). He evidently took this provocation as a direction to stay and preach the gospel there. Later in his ministry he would identify a holy “ambition” that God had put in his heart to preach Christ only where he had never been named (Rom. 15:20). Up until then, his ministry had been broad—debate the gospel, build up the churches everywhere—but the Spirit later narrowed the focus of his ministry. Throughout our lives we (at times) experience a “holy discontent” about a particular situation or the pressing in of a specific promise of God to our context. This is often the Spirit’s invitation to pursue a particular ministry. 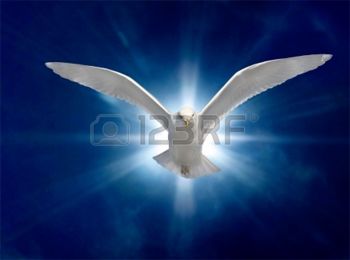 Throughout Paul’s life we see him interpret open and closed doors as evidence of the Spirit’s leadership. In his first letter to the Corinthians he explains he will stay in Ephesus to preach because a “wide door for effective work” has been opened, which he evidently took as the Spirit’s leadership (1 Cor. 16:8). Again, no special prophetic word, no handwriting in the sky, no Virgin Mary in a grilled cheese sandwich—just an open door.

This one can be tricky, because an open door doesn’t always mean something is God’s will. Jonah happened on a ship to Tarshish, but God’s will for him was 180 degrees the opposite direction. Likewise, a closed door doesn’t always mean something is not God’s will. In Paul’s explanation to the Corinthians of why he would stay in Ephesus (mentioned above), he notes many difficulties lay ahead of him. He didn’t interpret these difficulties as evidence God wanted him to leave, but to stay.

3 Reasons Why Today Is Called the ‘Present’