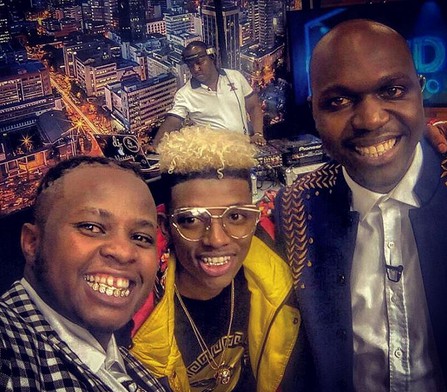 A move by gospel singer David Kilonzo, better known as DK Kwenye Beat, to flaunt his gold encrusted teeth during a live TV show has not gone down well with his fans.

DK, who has been musically quiet for some months now, appeared on ‘The Trend’ on Friday talk about his latest single with Masterpiece dubbed ‘Baba Yao’

However, newly-found American accent and golden teeth outshone their new song so much so that it became a topic of discussion in the interview hosted by Larry Madowo

While some chose to make fun of his funny accent, others expressed displeasure at the fact that his mouth was stuffed with iron sheets or

And some of the reactions from his fans on YouTube:

Brian Kimanyi: So goddamn fake, he looks like he needs to spit or something #Ican’t

8 Ways to Recharge Your Prayer Life

The Waiting Side of Faith

5 Scriptures to Lean on When You Feel Helpless