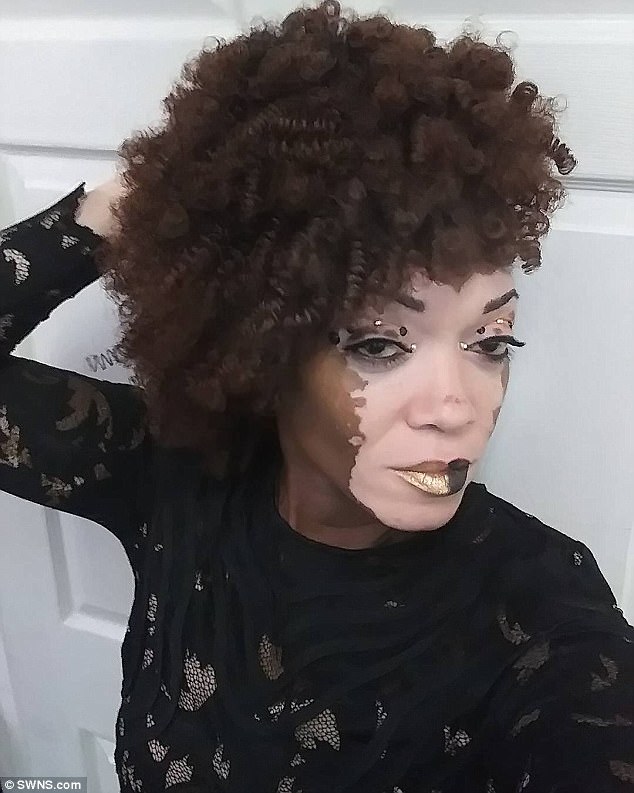 A woman with a heart-shaped vitiligo patch on her face has told how she finally found the courage to go makeup-free after 30 years of ‘wearing a mask’.

Denise Chamberlain, 42, was ten when a white spot appeared on her finger and led her to suspect the autoimmune disease had caused that area of her skin to lose pigment.

Now the majority of her body is covered with white splotches, including her face which is adorned with a large marking in the shape of a heart.

But Ms Chamberlain, from Anderson, Indiana, USA, has revealed she no longer tries to cover her face after meeting a little girl with the same condition at a support group meeting and wanting her to embrace how different she looks.

Ms Chamberlain’s new-found confidence is a turnaround from the years she spent feeling depressed and suicidal by her skin.

She said: ‘I can’t tell you how many people have come up to me [since she ditched her make-up] and said about the heart on my face – the reaction I have got has been amazing,’ she said.

‘I feel like God has given me a second chance at life.’

Do People Have to Be Poor in Order to Be Holy?