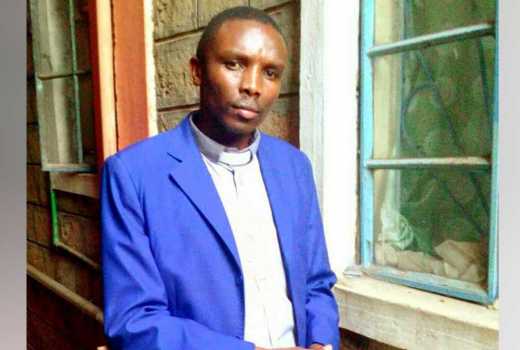 Can you remember in detail that day you were arrested by cops?

It was in February 2008. I was in Githurai. I remember I was elated since I had been paid for some job I had done. I had planned to buy a phone.

As I was window shopping, I bumped into my friend. After a bit of chit chat, he offered to sell me a phone that he wasn’t using.

Since it was a cheaper deal, I went for it. A few hours later, I heard cops outside my house. They demanded I surrender an Ak 47 rifle.

I was confused. I didn’t know what was happening. They claimed that my phone had been tracked. Apparently, the phone had been stolen and the owner murdered.

I tried explaining to them that I had bought the phone from a friend, but they didn’t want to listen. I was arrested and charged with the murder.

So, just like that you were arrested and detained?

Yes. The first days in prison were difficult. I was bullied which led to depression. I was worried sick about my family and didn’t know how they were going to survive.

We were expecting our first child. In prison, I became a rebel and often times, I would fight with my fellow inmates. I was under so much stress.

You wife passed away while in prison, do you ever blame yourself?

I felt helpless and questioned God why he was punishing me for something that I didn’t do.  You see, during her pregnancy, we discovered she was HIV positive, but I was negative.

Discern If Your Dream Is From God With These 5 Strategies