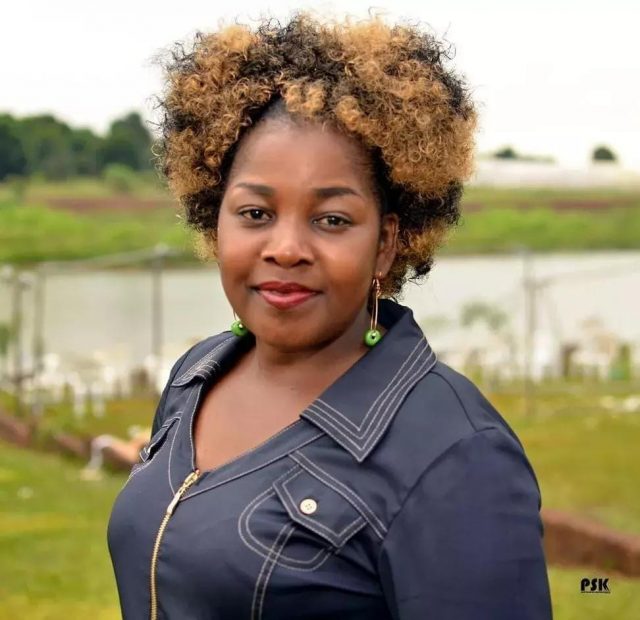 She is talented and creative in her music career and her dressing is desirable. I love her for her creativity in whatever she does.Once a housemaid, Gloria Muliro has made a name of herself in the music industry and Kenyans like her.

But with all our love for her, we can’t fail to notice when things are not done correctly. After being a public figure for quiet sometime, maybe you don’t expect such . Sometimes you wonder whether they had a mirror by their side while dressing up.

There are others too who have been having serious problems with fans for their ‘make up’ flop. The likes of Akothee with kilimani mums accusing her of using light ‘make up’ than her skin color.

Nyota Ndogo during her wedding which people couldn’t stop talking about. The social media went abuzz with everyone criticizing her for her ‘makeup’ mess on her big day.

Well, Our dear Gloria Muliro is on the sport over make up flop. She has been fried online for excess ‘makeup’. Gloria stepped out with excessive blueish eye shadow that stretched all the way to her eyebrows.

Her fans couldn’t bare with it and they spoke their minds without fear, recalling the Nyota Ndogo moments. They came out guns blazing at her.

This is what they had to say;

wangeci_a – Hiyo makeup ��
jomuharun – Punguza make up dea
adikalyne – Heee too much make up
buhelebrian – Honestly speaking that make up is too much for you. Not good at all.

mike_mikey254 – hiyo make up nimekataa…terrible�� diana_tashee – Make up artist should be fired…!!! I like your natural look.
its_me_lilian – Too much aromat has spoiled the cute face mosesweeks9136 – gud gal gone bad !!!