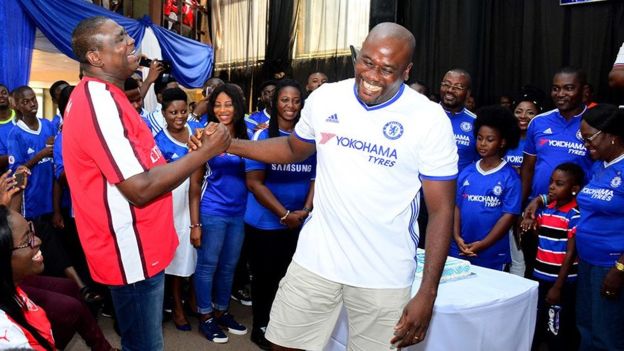 Pastor Azigiza, the church’s overseer who is a staunch Chelsea fan, was the man behind the whole idea. He asked the members of the congregation to show up donned in colors of the football teams they support.

Speaking to BBC, Mr. Azigiza who led the congregation in a verse of the Chelsea anthem ‘blue is the colour’, revealed that his intents were to use the power of football in teaching the word of God better.

Fans Are Fed Up With Willy Paul And Have Moved On. Willy Possessed!!! Thay...