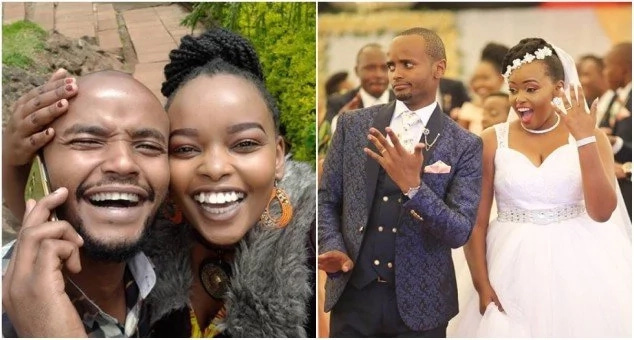 This month has started on beautiful path as Kabi Wa Jesus finally wed his fiancée, Milly Wa Jesus in a colourful wedding. The two had previously shared photos of their traditional wedding on social media and they do look happy and beautiful together.

Kabi Wa Jesus also known as Pastor Kanyosto, came to the limelight not long ago and he has been cracking our ribs with his funny videos narrating a situation that is currently happening.

He was also featured in a music video with Collo and Kaymo Thitima in the song Kanashika, that has been ruling the airwaves ever since it was released.

Milly on the other hand is not a new face to the public. If you have been keen with Eunice Njeri’s music videos, you should have seen her in a number of them as the two are really tight friends. Apart from that, she’s also an entrepreneur and a filmmaker.

5 Questions To Help You Be More Humble

School Ordered To Re-admit Student Who Did Demon Like Drawing