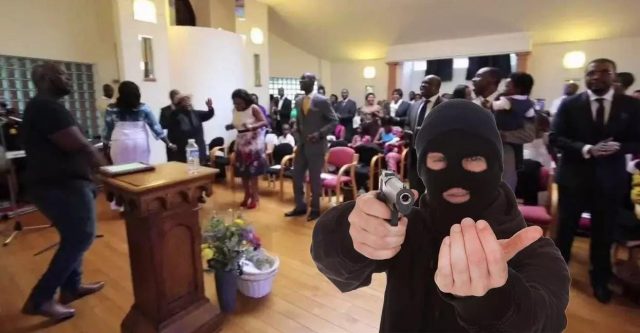 A congregation in the Centre of Praise International Church in South Africa was robbed on Sunday in broad daylight.The armed robbers broke into the church, took the money from the congregants and fled the scene. Police are currently investigating the shocking robbery.

A praying congregation was robbed in broad daylight in a church in Selby, Johannesburg. 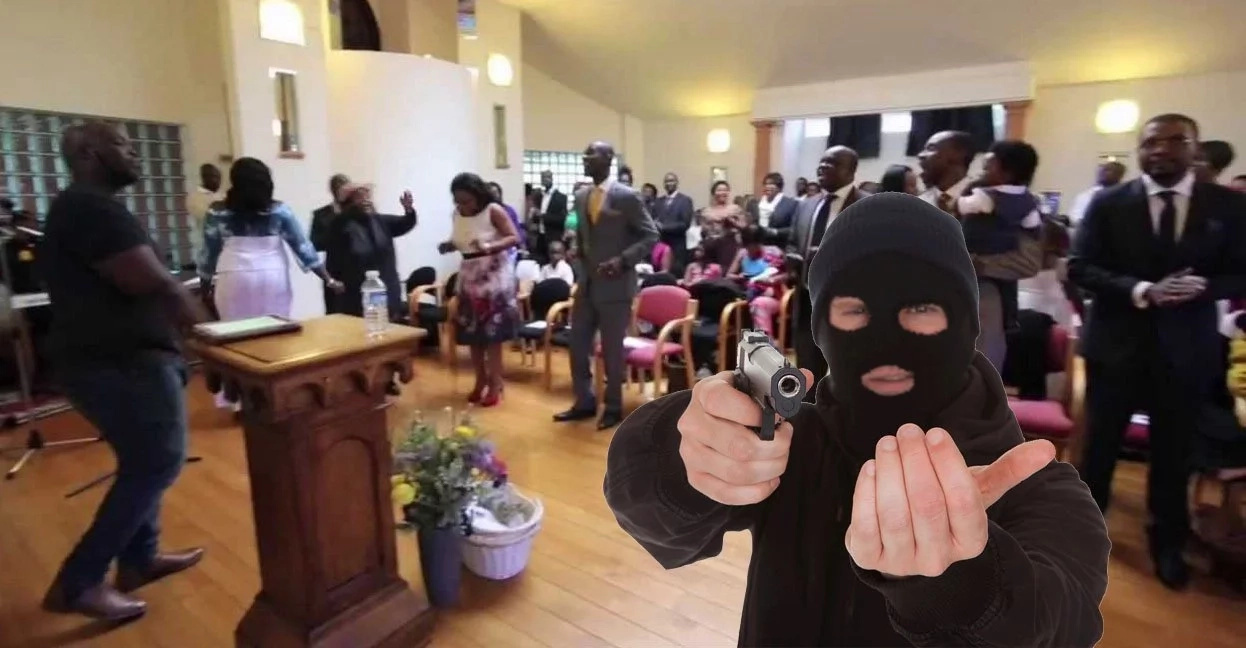 Armed robbers broke into the Center of Praise International Church

15 armed men broke into the Center of Praise International Church full of praying people and began to rob everybody blind right in the house of god.

Captain Mavela Masondo from the local police stated: “We don’t have the exact number of the people that were in church but it’s alleged that 23 cellphones were taken and an undisclosed amount of cash.”

Thankfully nobody was hurt and no shots were fired. The robbers took the money and fled the church.

“A case of business robbery has been opened for investigation‚” said Captain Masondo.

Police are currently investigating the shocking robbery of the church.

Gospel Musician Is Bashed For Bad Dance Dressing That Exposed Her Under Garment At...

When God Lets You Choose Your Own Blessing