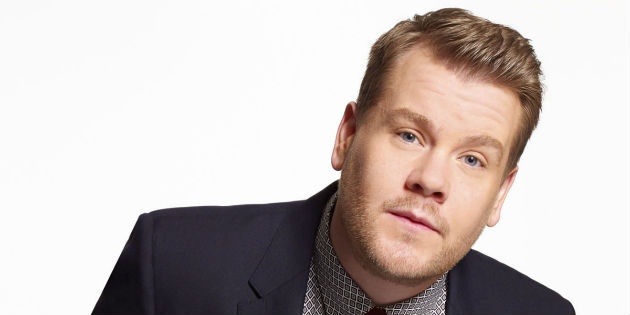 I’m not one to watch late night talk shows, but in the last year or so, I’ve become a huge fan of one particular host. He seems genuine, authentic, and relatable, and he always makes me laugh. His videos always make their way to social media for those who miss his post- 11 p.m. CBS show, and I haven’t missed a single one of his “Carpool Karaoke” segments yet.

He’s new to the late-night TV scene, but James Corden has already made a big splash. If you’re a Broadway fan, you’ll know that he was the host of the Tony Awards this year, and he also is in the cast of the upcoming animated movie Trolls. Although Americans didn’t know the U.K. man’s name a few years ago, he’s now going viral as one of the stars of U.S. television.

There’s something about Corden that to me feels more real than other talk show hosts– he’s funny, yes, but he also feels like a pal when I watch him. I never get the sense that he’s scripted or stiff or superficial, and I love that. He’s somebody I watch and think, he just seems different.

Jesse Carey, an editor at RELEVANT, recently wrote about “the turning point for late-night TV’s most infectious personality” in his article “The Prayer That Changed James Corden’s Life.”

I never knew anything about Corden’s history (except that he he came from a theatre background, thanks to watching the Tony’s) so I was surprised (in a good way!) to hear that he was raised in a Christian home.

“Corden grew up attending church in the U.K.,” Carey writes. “But following a period of partying, loneliness and heartbreak seven years ago, his life changed after an evening of prayer with his parents, and a new perspective helped create one of TV’s most infectious personalities.”

It’s not uncommon that rising celebrities fall into the trap of partying or having inappropriate relationships with strangers, and that’s exactly what Corden did.

He eventually came to realize that this lifestyle left him “depressed, empty and alone,” yet he didn’t know how to reach out to the loved ones he had drifted so far from at that point.

His parents (Carey quotes Corden saying they are “the ideal Christians”) showed up then, showing their son the grace and love that he needed. Even though he was embarassed they were seeing him at such a low point, their presence and prayers over him were life-changing.

“Every tear that left my eyes made me feel a little lighter. Dad said a prayer as he kissed my forehead, and Mum came over and joined the hug. I’ve no idea how long we stayed there, but it felt like a lifetime. When they left later on, Dad turned to me and said: ‘You’ve so much to be thankful for, James. I know it’s been a tricky year, but you can’t carry on like this.’”

Now, Carey writes, “His comedy is vulnerable and honest, gracious and fun. Instead of acting like he has a chip on his shoulder, he seems genuinely grateful to be doing what he’s doing. Most of all, he’s doing things differently.”

It’s that humility and gratitude that makes Corden so likeable to me. Even though I knew nothing about his faith or his background, I could just tell there is something different about him compared to so many other celebrities in the television world.

“He is more of a conversationalist than an interviewer,” Carey says. “He’s funny, but he makes other people funnier. He’s sharp, but his humor isn’t barbed.”

It makes me wonder: How are we coming across to people? What do our friends and family see in us? What do strangers see in us?

Even if our work isn’t directly proclaiming the name of Jesus Christ, are our actions reflecting him? Even if we aren’t sharing the Gospel, are our words showing others who God is and how much he loves us?

I think Corden does this well, and it’s an encouraging example to me. His vulnerability to speak out about the hard seasons and the way God met him there through the prayers of his parents is a beautiful thing to witness. He has a massive platform of late-night American TV now, but each of us has a platform of some kind too.

How can we too be vulnerable in our lives in a way that draws people in and shows them the grace and love of Jesus? How can we live in a way that gives glory to God? How can we encourage, equip, and support those around us instead of tearing them down or using them to get ahead?

As Carey said, “James Corden’s on-screen persona is giving new life not just to a time slot, but the late-night TV genre itself.” And, maybe, his example can encourage us to find new life in Christ as well. 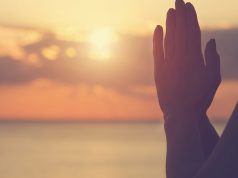 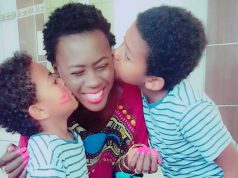 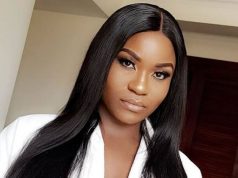 Mishi Doras Prayer, “My Prayer To You Oh Dear Lord Is To Open Doors For Me”

How the Church Lost the Gift of Discernment