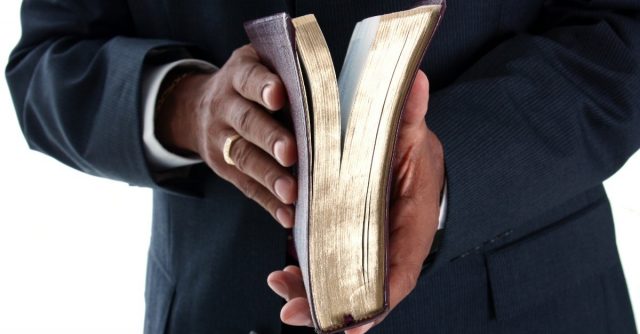 orPastors in this our continent are as bad as the politicians. Selling snake skin oil to ignorant clients (congregants) and then trying to convince them that they actually care.

The sad thing is that their schemes and antics are not seen as such by many who trust what they are saying like it is the gospel truth.

A video has emerged on social media showing a pastor washing himself with muddy water. The video shows the “man of God” singing as he rolls in the ground in the soil, then proceed to splash himself with the water.

The congregants sit in stunned silence. Watch the video below:

This is not the first “man of God” to do something utterly perplexing and foolish.

Pastor Busoga,from Uganda reportedly claimed that God told him he was too holy to walk on the ordinary ground like mere mortals and as such, should walk on their backs while he is preaching the Gospel.

It was learned that Pastor Busoga made the shocking announcement during a church service, saying that God told him that he should no longer walk on the ground so that he would not be contaminated.

He then called on his congregants to lie all over the floor while he walked on them throughout the duration of the service with the people egging him on.

God’s Timing is Not Ours