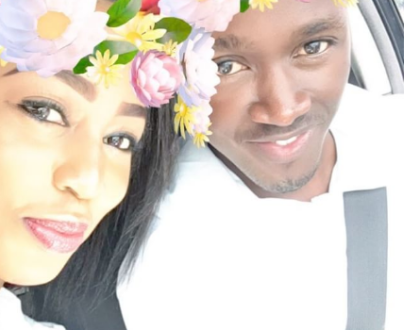 Speculation is rife that gospel singer Bahati bought his girlfriend Diana Marua an expensive German machine after the latter posted some photos posing next to the ride.

A few days ago, Marua, a popular model shared the photos on her Instagram account with a caption that seemed to imply that she’s the owner of the red BMW Z4 Coupé.

“For I know the plans I have for you Declares the Lord ???????? Plans to Prosper you and not to harm you, Plans to give you Hope & a Future,” she captioned the photo below.

This was backed by the fact that Bahati drives a C-180 Kompressor. As such, gifting his bae with a BMW would have reaffirmed his love for German machines.

But as it turns out, out nothing could be further from the truth. Bahati has not bought her a car, at least not just yet.

The car whose photo’s have gone viral was used during the video shoot for his latest single with Tanzania’s Ray Vanny dubbed “Nikumbushe”.

Pastor Tells Congregants To Do This So As To Be Blessed