She stopped trying to tell anyone.

“It takes a lot for a victim to open up about sexual assault, to be turned away or be told that it was the victim’s fault for being in the wrong place at the wrong time and other sick allegations that people make shatters one’s heart into smithereens so tiny, only a miracle can help piece them back together,” says Esther, adding that   defilement continued until she was 15 when her parents shipped her to a boarding secondary school.

Finally, she would be free.

“Guess who I found working as an accountant at the school? This to me was a testimony that the devil is alive and well. How could he have been working at the same school that was meant to be my place of solace? Although he couldn’t get his hands on me while I was at school, every time I saw him, cold chills would go through my body.

I would cringe. Every time,” says Esther, explaining that she had to write her cousin a letter, threatening to tell everyone at home. “I told him I would even tell the school principal. All I wanted was for him to move out of home, completely. My dad was a very stern man.

Maybe he moved out because he feared he would lose his job. Or maybe he thought my dad would take some cause of action. I’m not sure exactly what convinced him, but he moved out eventually.”

In her early 20s, Esther began dating but hardly connected.

“I couldn’t let anyone lay their hands on me. Even a hug was too disgusting. Drinking became the order of the day. I became a workaholic and enjoyed the distraction.”

Esther finally got married, but before then, “Sex was an event, not something to look forward to. No, not even in adulthood, not even in the initial years of my marriage. It was more of a twisted way of avenging myself. 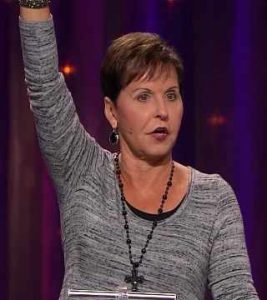 Avenging my innocence. Once there, now gone. I was only a child then. And no one cared. They were afraid to talk. Those I trusted with the secret of my broken soul turned a blind eye. They insinuated that it was my fault. Buried their heads in the sand.”

The mother of three confesses that her parents only later realized her struggles when she was already married.

“My mum was so sad and my dad said nothing. No emotion. No words. Silence.”

Prophetess In Disorder, After She Was Caught Coaching Believers For Miracles