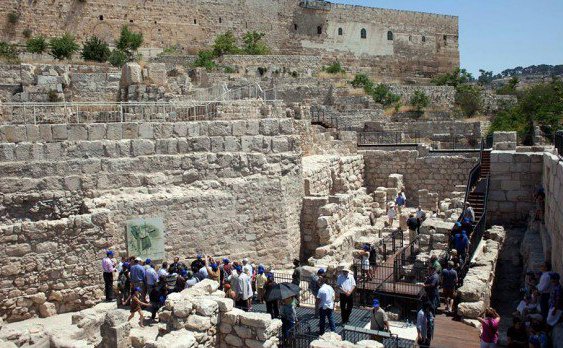 This is exciting! Archeologists have made a biblical discovery that is the first of its kind! Muslims are pissed because there is new evidence that the Jews ruled Israel long before Palestinians claimed the land.

Charisma News reports that the royal seal of Kind Hezekiah, who ruled around 700 B.C. has been added to the nation’s extensive collection of ancient artifacts.

Hezekiah was described in the bible as a daring monarch- “There was no one like him among all the kings of Judah, either before him or after him” (2 Kings 18:5)-who was dedicated to eliminating idolatry in his kingdom.

This is the first time that a seal impression of an Israelite or Judean king has ever come to light in a scientific archaeological excavation,’’ Mazar said.

The detailed clay seal, known as a bulla, was uncovered near the southern part of the wall surrounding Jerusalem’s Old City. It was mistakenly buried in a refuse dump around the time of the Israelite king. 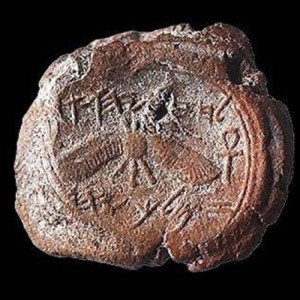 After five years of research, a team member was able to decipher the text.

The dots help separate the words:”Belonging to Hezekiah (son of) Ahaz king of Judah.” “It’s always a question, what are the real facts behind biblical stories,” Mazar said. “Here we have a chance to get as close as possible to the person himself, to the king himself.”
Researchers were ecstatic to reveal that they have stumbled upon the first found seal of a biblical Israelite king. 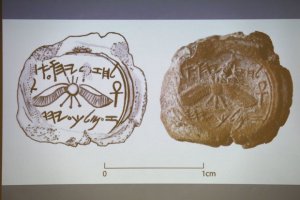 However this discovery not only has a biblical significance, but is relevant to Palestine conflict today. The word “Palestine” is believed by many to be a name derived from the Egyptian and Hebrew term for “migrants” or “wanderers”, and comes from the biblical tribe of the Philistines, who were barbaric nomads determined to conquer the Israelite. However, as the bible describes, the Philistines’ giant fighter, Goliath, was defeated by a shepherd named David, who went on to become the king of Israel in the 10th century B.C.

This seal precedes even the earliest mention of an official derivative of Palestine- 200 years after King Hezekiah.

This means there is tangible proof that an Israelite king ruled the area known as Israel today long before anyone mildly considered a Palestinian lived in the area.

So all the claims of Islam being the true ancestral owners of the land that Israel now occupies and the claims that Israel stole the land given them by “Allah” are all FALSE!

One thing is for sure, what happens next is going to be an awesome manifestation of biblical prophecy unfolding right before our eyes!!

Is Bahatis Fairy Tale Wedding To Diana Marua At Stake After Details Of His...