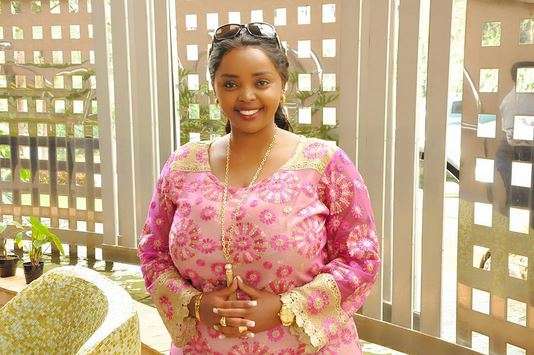 Reverend Natasha is known as the hottest preacher to grace a pulpit in Kenya. The slay pastor, the kingdom woman.

The pretty woman of God has added a precious asset to her fold. Reverend Natasha has bought a new car, a 2011 Toyota Fortuner. This ride is slightly longer and lower than the outgoing model.

The Toyota Fortuner is also known as the Toyota SW4, is a mid-size SUV manufactured by Toyota.

The front fascia was completely revised with a new fender, hood, grille, headlamps, bumper and fog light housing. The tail lamps along with the rear bumper, rear garnish plate were also revised.

Changes in the sides includes a new sharper tire flairs, LED integrated side view mirrors and the wheels was also redesigned similar to the 2012 Hilux’s.

Minor changes were also made to the interior including the centre console, steering wheel and audio/video system were also upgraded. The Fortuner also receives a new VNT (Variable Nozzle Turbo) intercooled turbo engine.

“You are about to encounter series of breakthroughs. I prophesy your Story will change in Jesus name.”

Mr. Seeds Girlfriend Tells Him Of Her Desire To Get Marriage

Pope Francis Tired Of Greedy Christians And Says They Are Hypocrites, It Would Have...