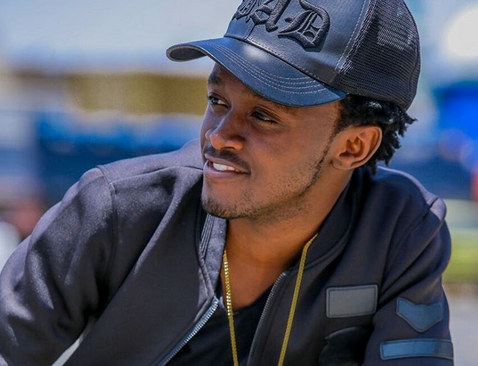 Gospel singer Bahati has been making headlines left, right and center for a while now. Last year, he was the talk of town when many thought that he was seeking the publics sympathy through his poor publicity stunts.

One of the instances that took place last year was when he thought it was wise to speak on behalf of all gospel artistes claiming that he is looking forward to Nyashinski, Sauti Sol or Collo Mfalme winning the next Groove Awards in the male artiste of the year category.

Well that did not go down well as Sauti Sol’s Bien Aime blasted him, asking him who made him the spokesman of the gospel industry. This was one cold time for Bahati but he’s still out here cooking more publicity stunts.

For almost a month, he’s yet been the talk of town after he claimed that Diana Marua was his prayer partner. Well, his statement became a trend overnight as the public started introducing their versions of their prayer partners.

Bahati doesn’t seem tired of crying out for the publics attention. He took to social media to pour his heart to his followers telling them that they are put in his life by God to uplift him.

The Pain Of Losing A Twin Child, Shiru Wa GP Opens Up

3 Morning Prayers to Start Your Day out With